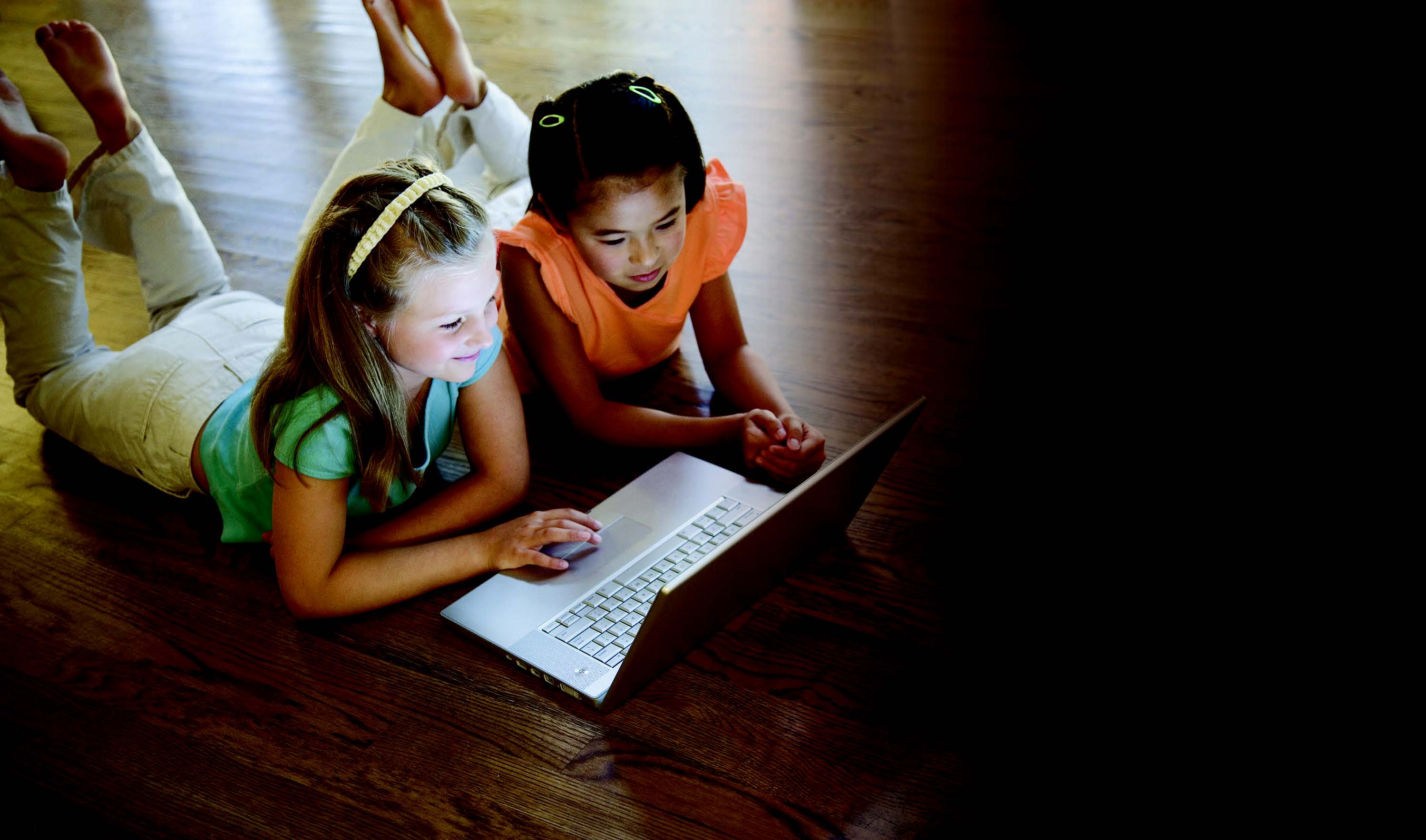 3 Ways to Ease the Pain of High-Tech Parenting

Last week, my teenager spilled a milkshake on his MacBook Air and I’m convinced it was on purpose. You see, he’s been lobbying for a PC because my current ability to satellite parent requires the household to be on Apple, lest I will have to come up with different parental controls.

Parenting has always been fraught with anxiety and frustration, but it’s gotten exponentially more complex in the last couple of decades as digital technology has exploded. Suddenly, parents are not only responsible for making sure their children survive to adulthood, but also protecting them from the barrage of problems that arise with the inevitable introduction of technology to a childhood.

When it comes down to it, we can’t simply raise our children without access to technology. It’s such a substantial part of the world now that digital capability is second only to literacy and numeracy in skills we need to instill in our children.

But how do we do that without making ourselves vulnerable to the infinite rash of downfalls daily tech use can invite? Here are three tips for navigating the intersection of parenting and technology.

Talk with Your Kids About Tech

The tech talk is almost as important as the sex talk when it comes to raising kids in the 21st century. And, like the sex talk, it needs to happen in stages across the child’s life.

Many experts agree that talking about technology needs to start when children are toddlers because that’s when they begin to meaningfully interact with their world. At that time, the talk is simple – it’s a matter of making sure children know that they need to ask before touching your technology. This is as straightforward as saying no when they reach for gadgets at inappropriate times and explaining that they are precious and easily damaged. By preschool-age, when parents often let their kids engage with items like tablets, it’s important to discuss clear boundaries like time of day, time limit, and use locations.

As children grow, explanations become more important. They need to understand that you’re not setting arbitrary rules, or being greedy with the technology. By making kids aware of the dangers technology can present – from stranger danger to how their posts and online activity can impact their lives into adulthood – your kids will understand that you have their best interest at heart.

Get to Know the Tech Trends for Generation Z

Whether you’re a Generation X or Millennial parent, the digital landscape is vastly different now than when you were a kid. Even the Millennial cohort, the first to experience the cultural repercussions of social media, had a completely different experience than their children are having.

Generation Z is engaging with tech differently than their predecessors. While Facebook has enough users to count as one of the largest nations on earth, it isn’t pulling with Z. It loses roughly a million of these younger users every year, a number which is poised to increase. They’re flocking to Twitter, Snapchat, and YouTube instead, as Facebook is too static and long-form, and, let’s face it, full of their parents and family members.

Knowing where kids’ eyeballs are is important for knowing where to put energy to mitigate potential threats associated with technology. For instance, 100% of Gen Z uses the Internet for at least an hour each day, and 85% of them use YouTube, making it their most-visited destination by far. Following YouTube are all manner of communications and messaging services, like SnapChat. Just like every generation of kids before them, they want peers to relate to and communicate with, so the apps they use are ones where they feel the most comfortable doing so. Balancing our kids’ social and developmental needs with protection from potential threats becomes easier when parents are informed about the nuances of the platforms on which kids are likely to engage.

Technology might be the reason we’re in this mess in the first place but the other side of the innovation coin is this: as sure as a problem presents itself, a technological solution follows. Look no further than Superscreen’s viral Kickstarter campaign to see that parents are vying for a solution. Superscreen is a tablet alternative that replicates everything a paired smartphone does in real-time on a high definition screen. As of this writing, the campaign has raised over $2 million, crushing their $50,000 goal within minutes and blowing the expectations of the campaign’s managers out of the water. Why? A major use case is parental controls – parents can see exactly what a child is doing on the paired tablet and take control when necessary.

Another helpful piece of tech to have in your arsenal when allowing kids to interact on social media is Net Nanny Social. Many parents rely on friending their kids on social media to monitor their conduct, but there are problems with that strategy. For one, parents can’t see personal messages, and posts can be set so that certain people (i.e. parents) can’t see them. Some apps make it even worse. SnapChat, for instance, is built on self-deleting temporary communication, so even if you directly access the app, you can’t see what your kids have sent or received.

Net Nanny Social allows parents to easily Big Brother their kids’ social media use. It also doubles as a line of defense against cyber-bullying, allowing parents to be sure their kids aren’t being harassed.

An app that takes a little different path with parental tech management, FamilyTime, takes organizational and time management tools that apps are known for, and transports them to family life. It allows parents to set limits for screen time, even allowing you to remotely lock your kids’ phones or schedule tech-free time so kids can focus on homework and otherwise engage with the real world.

High-tech parenting is a nerve-wracking proposition, but a little preparedness, vigilance, and technological assistance can not only make it less perilous, but it can also add depth to family life.

As a mentor to CEOs worldwide, Adryenn Ashley is directly responsible for adding significant revenue to her clients’ bottom lines. Adryenn founded Wow! Is Me, Inc. after developing a proprietary social media business system that works with both retail and service-based businesses.  Her elite consulting clients cover a broad spectrum of industries, including motion pictures, food distribution, and artificial intelligence.  Adryenn earned her ‘high tech priestess’ stripes by crashing computers and breaking into banks…at their request, of course.  She used her well-honed techniques to turn fan engagement into #SocialTV profits with CrowdedTV, the world’s first crowdfunding platform for broadcast television shows that goes a step further than just raising funds, by raising sponsorship and distribution, too.  Using the CrowdedTV methodology, her first show, Wake Up!, went from idea, to airing on national broadcast TV in just 4 months and is in pre-production for Season 2, and starting development on their first 360 sitcom.

A quest for sleep – my sleep training diaries
Carlie Parkinson
We’ve all been there before, the point of total exhaustion. It began the night I was woken up a total... 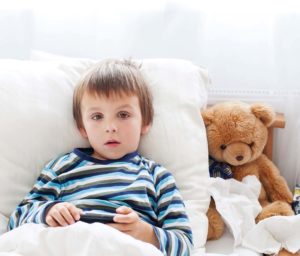 Corona Virus and your child – expert advice!
Dr. Emily Habert ND
I have recently been fielding questions from parents about protecting their children from coronavirus, COVID-19.  While at some time in... 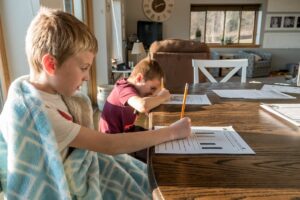 10 Helpful Tips For You and Your Child with Back-To-School Anxiety
Sharon Selby
Reading Time: 7 minutes September is known as a very stressful month for parents and kids, so let’s make a... 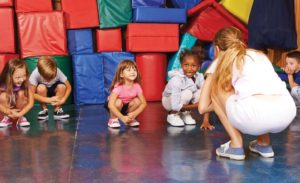