Why To Bring Back Pen Pals 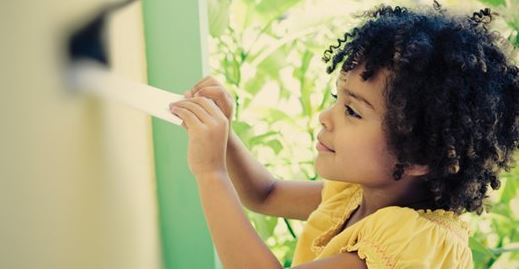 Some people think of pen-pals as an expired tradition, like black-and-white movies and 8-track tapes, but a lot of Circle of Moms members say writing and corresponding by hand via snail mail is still a necessary life skill. They’re searching every day for old-fashioned pen-pals for their kids, and the surprising part is that the majority are searching for pen-pals for children as young as two.

You might be thinking that kids this small can’t read and barely even understand the concepts of mail, distance, friendship, and culture. So why is the tradition of pen-pals so popular among moms of toddlers and preschoolers? Here, several moms explain the popularity and benefits of getting your little one a pen pal and share tips to make it fun and safe.

Children can (and should) begin to learn about other cultures, ethnicities, and traditions during the toddler and preschool years. Interaction with different people happens in everyday life, but it can also happen with an international pen-pal. Very recently, moms from Dubai, Australia, England, Africa, the Philippines, Germany, Canada, and states all across the U.S. have searched for pen-pals for their kids in this one Circle of Moms thread alone. Jessica W. has a two-year-old and a five-year-old and is already interested in getting them connected with a friend in another country based on her own pen-pal experience:

“I had one through school (from Spain) and we have actually stayed with each other a few times over the years when I lived in Scotland and [was] traveling about. [We’re] still in touch after 30 years!”

Tonya C. is another member who loves the idea of pen-pals for her kids, ages three to 11, and who have a wide range of interests to share. She thinks pen-pals are a great way to learn about different parts of the world.

Building Enthusiasm for Drawing and Writing

Toddlers usually don’t need much prodding to take crayon to paper, but what do you do with all of their masterpieces? If the fridge and walls are overflowing in your house, you could have your toddler send their drawings to a pen-pal. Colleen G. has a four-year-old son who loves to make artwork and send it to others.

Older toddlers and preschoolers will really enjoy having a recipient (other than Mom and Dad) to send their first attempts at writing. Marlena B.’s daughter has recently fallen in love with writing letters, “most of which say her name over and over.” But this mom says her daughter also lets her write some of the letters for her: “She tells me, ‘Mama, sit down and write the stuff I say.'”

Sheena is another member who takes dictation to facilitate her little one’s pen pal exchanges: “Obviously she can’t write on her own, but I can scribe,” she says.

At what age do your kids realize and understand that something in the mailbox is specifically for them? Jennifer G.’s kids are four and one-and-a-half, and they already open and play with all of the junk mail. She looks forward to having something a little more special for them to open and read!

If your toddler has friends or relatives out of town, chances are the excitement of presents and cards in the mail begins around two years old, or even earlier. Having a pen-pal will help your toddler really look forward to the mail carrier’s visit. Melanie E. has a two-year-old who enjoys opening mail and Christie W.’s almost-three-year-old “loves getting things in the mail.”

Karlee C. sees the value and importance for her kids of getting involved in the dying art of snail-mail exchanges: “They not only just love receiving mail, but they also love sending out mail. Especially sharing their day with someone else in this world, to make another person’s day extra special,” she says.

Moms who remember and even keep in touch with their own childhood pen-pals are perhaps the most eager to get their toddlers started with a pen-pal friendship. Lisa G. in Australia has such fond memories that she is on the hunt for a pen-pal for her two-and-a-half-year-old and eight-month-old daughters: “I remember being young and having many pen-pals from different countries and absolutely loving receiving mail from the postman! I would love my girls to have the same opportunities!”

Sheila R. wants the same kind of connection for her preschool-aged sons: “I was just looking in my treasure box and found my old pen-pal letters and thought to myself, ‘I really would like my boys to have friends around the world too.'”

1 thought on “Why To Bring Back Pen Pals”

Children everywhere love traditions (parents, too), and traditions make memories. Celebrating Giving Tuesday (November 29) is a tradition in our family, too. It marks the largest global movement of generosity and signals the start of the holiday season. This year, while writing up your family’s wish list, consider including some unique ‘gifts for good’ that will make a lasting difference for vulnerable children worldwide—and create a new tradition for your own.

Reptiles are a valuable addition to a family setting because they like being handled, they...