After a successful first season on APTN, Coyote’s Crazy Smart Science Show (Coyote Science) returns for another brilliant season of Indigenous science. Learn about skateboarding and physics, what it takes to become an astronaut, how to harvest herring roe, and the restoration of the buffalo population. It’s a valuable resource for parents and educators that’s fun for kids who are staying inside. Thirteen half-hour English and Halkomelem language episodes premiere May 10 on APTN. The episodes will also be streaming for free on APTN lumi until the end of May.

Plus, each episode includes a DIY Science Hack activity which is posted on the Coyote Science Facebook page. 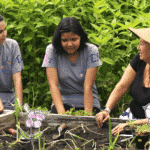 Created by Métis-Cree filmmaker Loretta Todd, the Coyote Science team has also created a website, with an interactive comic book with quizzes, and a YouTube channel. “This is science for the YouTube generation,” says Todd.

Season 2 introduces a number of Indigenous scientists, including Percy Paul, a mathematician and physicist who explains the science of a skateboarding technique called an ollie, and Jessica Bekker, an electrical engineer helping Indigenous communities develop sustainable energy. Viewers will also hear from Naxaxalhts’i Sonny McHaisle, who has extensive knowledge of the traditional technology of the Sto:lo Nation, and Corey Gray, who works with the Nobel Prize team that measured gravitational waves at the Laser Interferometer Gravitational-Wave Observatory (LIGO).

Season 2 takes audiences to Iceland to learn about volcanoes and geothermal power and to Blackfoot Territory to hear from Paulette Fox, the renowned expert on buffalo science. Ethnobotanist T’uy’t’tanat-Cease Wyss shares knowledge about Indigenous plants. Plus, viewers can cheer on Indigenous skateboarders and learn how to make video games and virtual reality experiences from Indigenous game designers and developers.

Science Questers make a return in Season 2, embarking on Indigenous science adventures and interviewing Elders and knowledge holders along the way. Isa White, the youth host, gives cultural context to each episode. Commander John Herrington, the first Indigenous astronaut to walk in space, returns for Season 2 where he showcases STEM achievements of Indigenous Peoples, offers insight into earth science and explains how to become an astronaut. 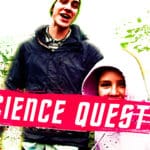 Todd believes that an accessible, hip Indigenous science show for Indigenous youth fosters a sense of community and provides our young people with a place where they feel supported. An engaging, caring, and enlightening program like Coyote Science creates positive memories and fosters understanding around math and science. Young audience members can then apply this knowledge to their educational journey throughout their lives and careers.

English and Halkomelem language broadcast premieres on May 10

Importance of sewing and cooking skills

How to balance electronics and nature?