Friendship Breakup… this one hurts. It’s hard to talk about, it’s one of those raw things that as women we don’t talk about…at least not openly.  Friendship breakup is when 2 people are really good friends, best friends even and then for one reason or another the friendship ends.  Sometimes mutually but often it’s one-sided.

When we have friendships end that we value and that we have put a lot of time in to, it’s upsetting, emotional and can be heartbreaking.

There are many reasons why friendships end. Over the next while I am going to write about a few reasons why but this post is about friendships we make through our children.

Now that my kids are past ‘play dates’ and two of them are in their teens, I see friendships that parents make with their kid’s friend’s parents through a whole new set of eyes.  This is one area where I have seen a fracturing of friendships later on as the kids get older.  Your kid starts school and meets new friends. Let’s be honest, when you have little kids it’s easy to be friends with your kid’s friend’s parents. When our kids are happy…99% of the time we are happy.  While your kids are playing you can have coffee and visit or have dinner with other grownups and your kids are entertained. After being in the fog of little kids you have somewhat of a social life again!!!  It feels like a vacation some of those new friendships! It’s around grade 5-8 is when I have seen things change drastically. Kids start to change, their interests change, the way we parent from each other changes….. all of sudden the kids don’t want to spend time together.  In some cases, the kids start to really not like each other, now it’s awkward because you have invested so much time into these relationships and you feel the ease you once had disappearing.  I have seen many friendships blow up when this starts happening because let’s face it…our kids come first.  It sometimes starts as a slow drip and other times the kids have a massive fight and boom it’s over. Whatever the case it still hurts. You see other people start spending time together because now their kids are getting along so it’s easy for them to spend time together.

Many times, there is no discussion between friends of why their friendship ended it just ends and the pain and hurt of that sink in. There have been times in the course of raising my kids where I know that I have hurt someone because my kids aren’t playing with their kids so getting together stopped being convenient.  I am not proud and feel deep levels of regret that I have not managed those friendship transitions well.  I have learned over the last 18 years that open communication is the key if you want to keep a friendship.  Just disappearing or cutting someone off…which I know I am guilty of doing, does far more damage than being honest and upfront.   It leaves you and or others with a lack of closure.

My very good friend and I had this happen… our boys met when they were 3, we spent countless hours together, our families would get together most weekends. It was easy and fun.  Then around the end of grade 6, our boys started to drift apart, they just weren’t into each other anymore. There was tension around getting together…it felt forced. The boys barely talked to each other. Around a year after the relationship started to change my friend and I sat down and had a tough conversation.  We blew up the elephant in the room…. Our boys didn’t like each other anymore. Our idyllic weekends of hanging out with each other were over. We both cried and mourned the loss of their friendship.  We didn’t blame each other’s kids… (that never goes well by the way). We just acknowledged that it was not the same and we couldn’t force it.  We made the conscious decision that WE still liked each other and WE still wanted to be friends BUT the way our friendship looked had to change. We had to make time for each other outside of the kids.  I won’t lie to you the first year and a half were tough. We had to consistently remind each other that we were friends because of us, not the boys.  It’s been almost 7 years since that conversation happened and we are still good friends. Probably better friends then when the boys were little because it’s OUR friendship, not theirs.

These friendships we make when our kids are little are lifelines for us.  They give us a feeling of normality.

The real hard truth is that this happens all the time, I think we live in a bubble and think it won’t happen to us and then it does. 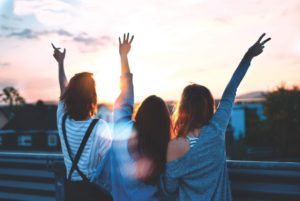 Kids will change. Some kids may not make the sports team that all their friends are on, they may not enjoy music or dance anymore, some become rule followers, others might test the boundaries a bit more. Be prepared,  this does happen.  If you’re lucky, your kid can have a friend throughout school that remains constant…but I have rarely seen that happen.  It’s hard enough trying to navigate our kid’s emotions and friendships…throw in the complication of adult emotions and it can be a disaster.

1) Ask yourself the question, are these friendships of convenience or real friendships? Would this friendship exist without the kids?  I’m not saying don’t be friends with other kids parents, I’m just saying go in with your eyes open.
2) Don’t neglect your other friends because this new friendship feels easier because of your kids.
3) Be gentle and kind and communicate honestly with an open heart and an open mind.

Lisa Frers is a mom to 3 boys and is the co-founder of From Sisters to Sisters resides in White Rock BC. For more info about our blog www.fromsisterstosisters.com

5 Tips to Inspire Creativity at Home

The power of childhood volunteering

How Our Children Grow us Up

Summer Fun and Helping Your Kids Get Their... 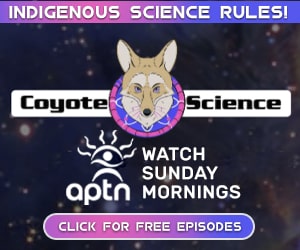